Keep up-to-date on the latest news!


The Invasion Has Begun!
8-Bit Invaders! is a fast-paced, retro Real-Time Strategy game for the PC. Control the military might of the GALACTIC MARINE CORPS or invade with the devastating power of the alien CRANIOIDS! No matter which side you choose, everything in 8-Bit Invaders! is easy to understand for beginners and hardcore gamers alike. Collect resources, build your army, and then crush your opponent!


Conquering the Multiverse was never so easy.
A 24 mission single-player campaign comes with achievements and technology that grow your destructive power with every victory. Fight alone or find a buddy and take on the enemy together in 10 additional co-op missions. Or, test your skills against the AI in a variety of 2, 4, 6 or 8-player maps in skirmish battles.


8-Bit Invaders! includes all of the following: 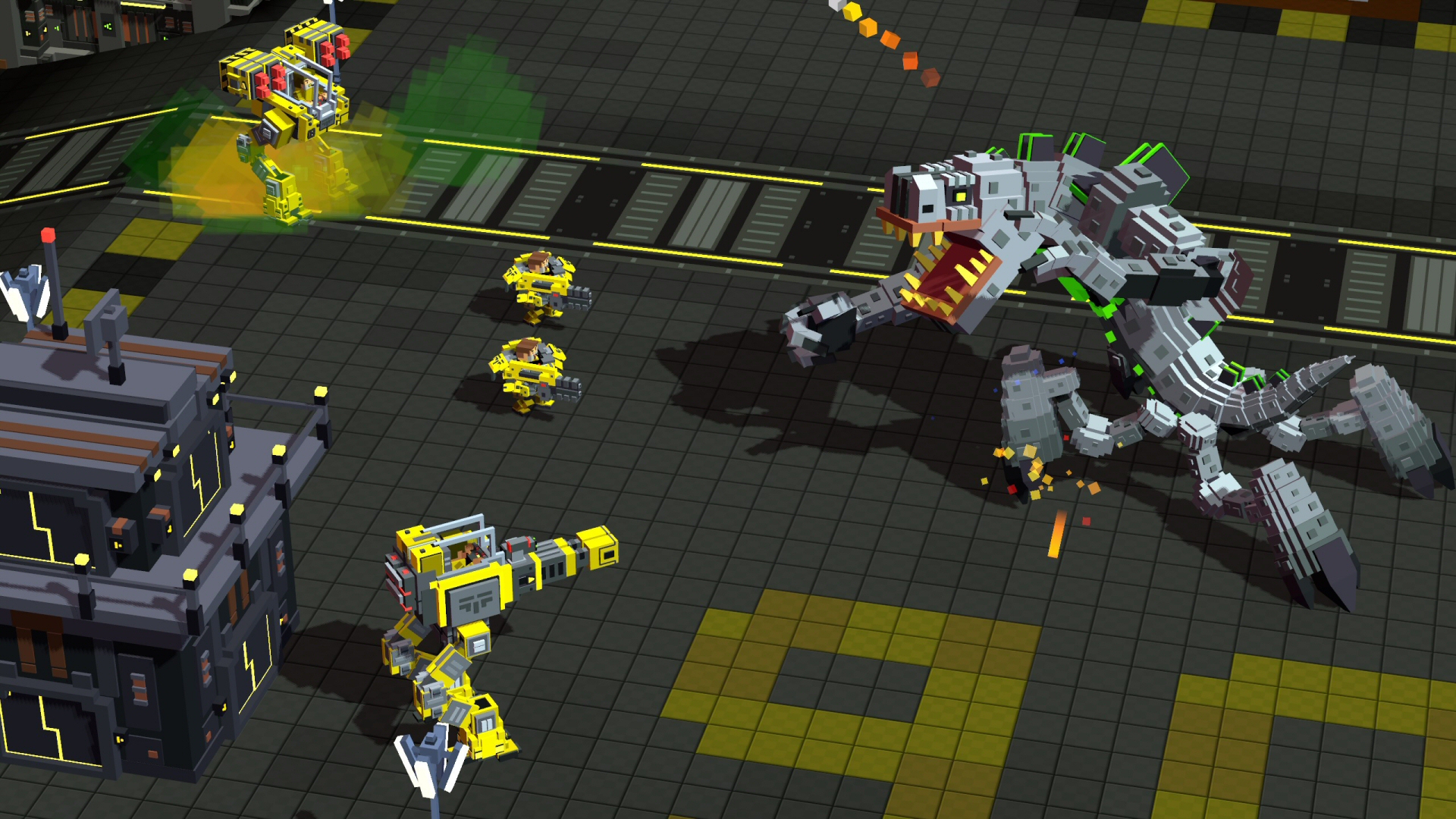 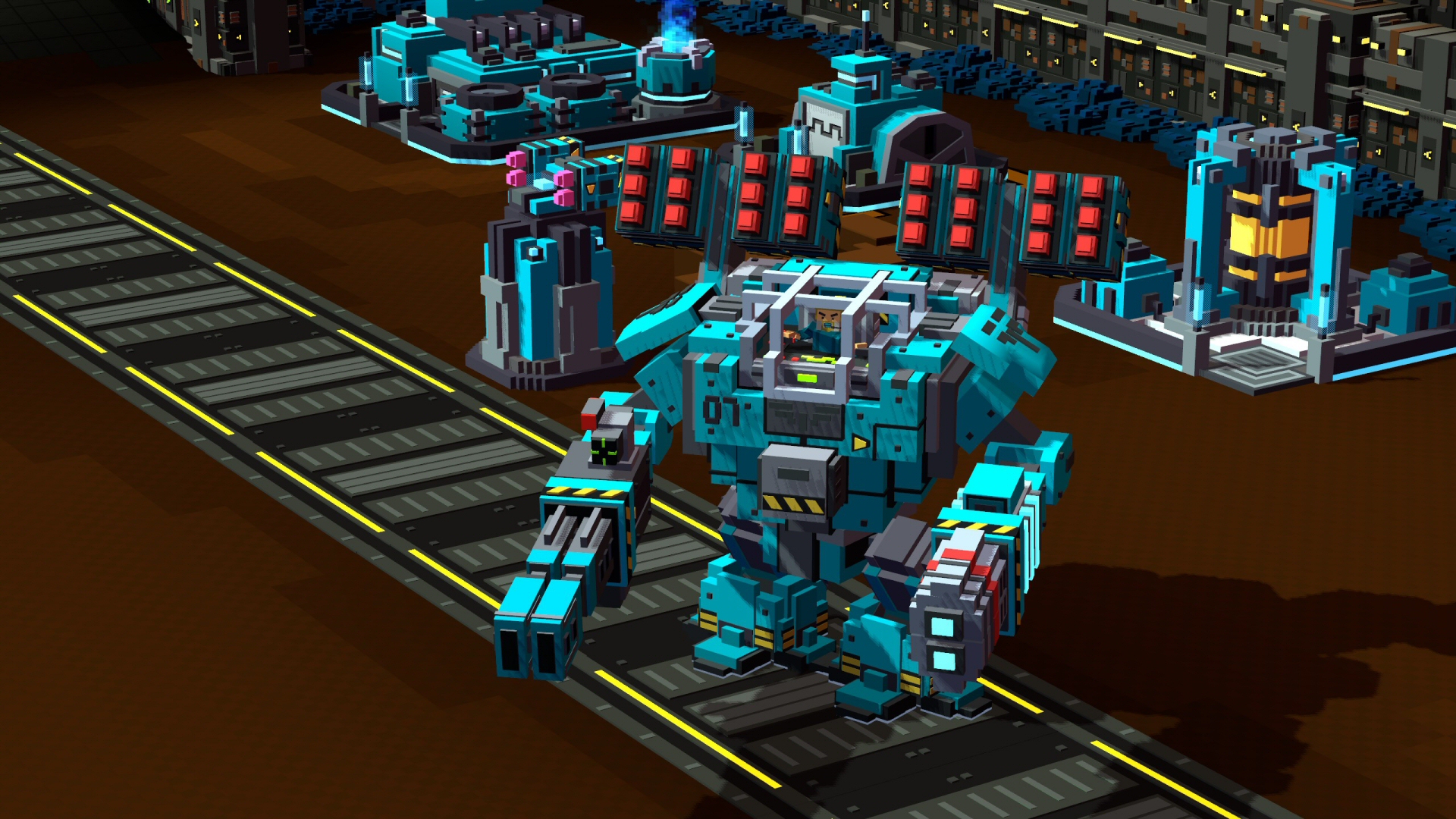 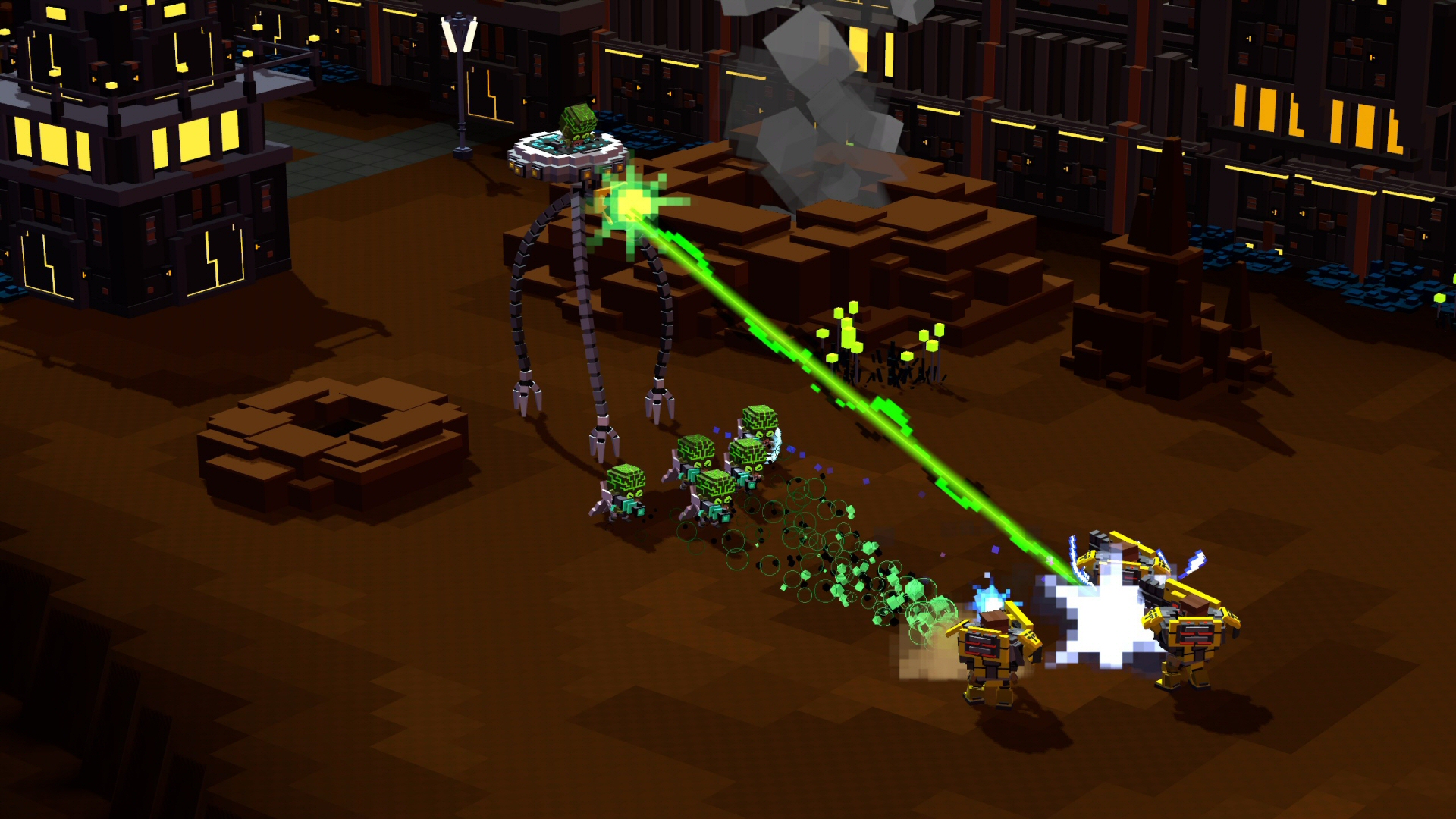 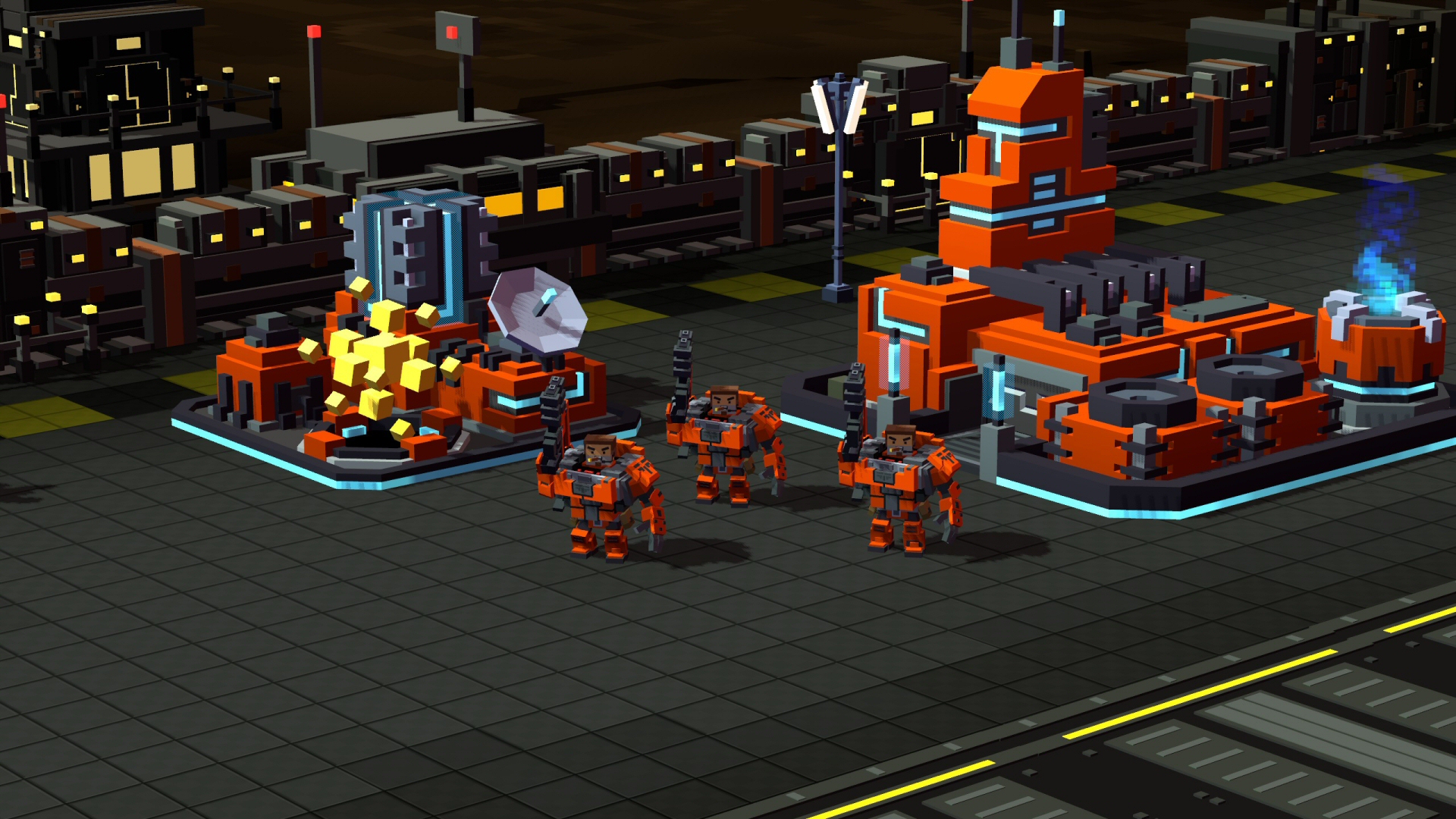 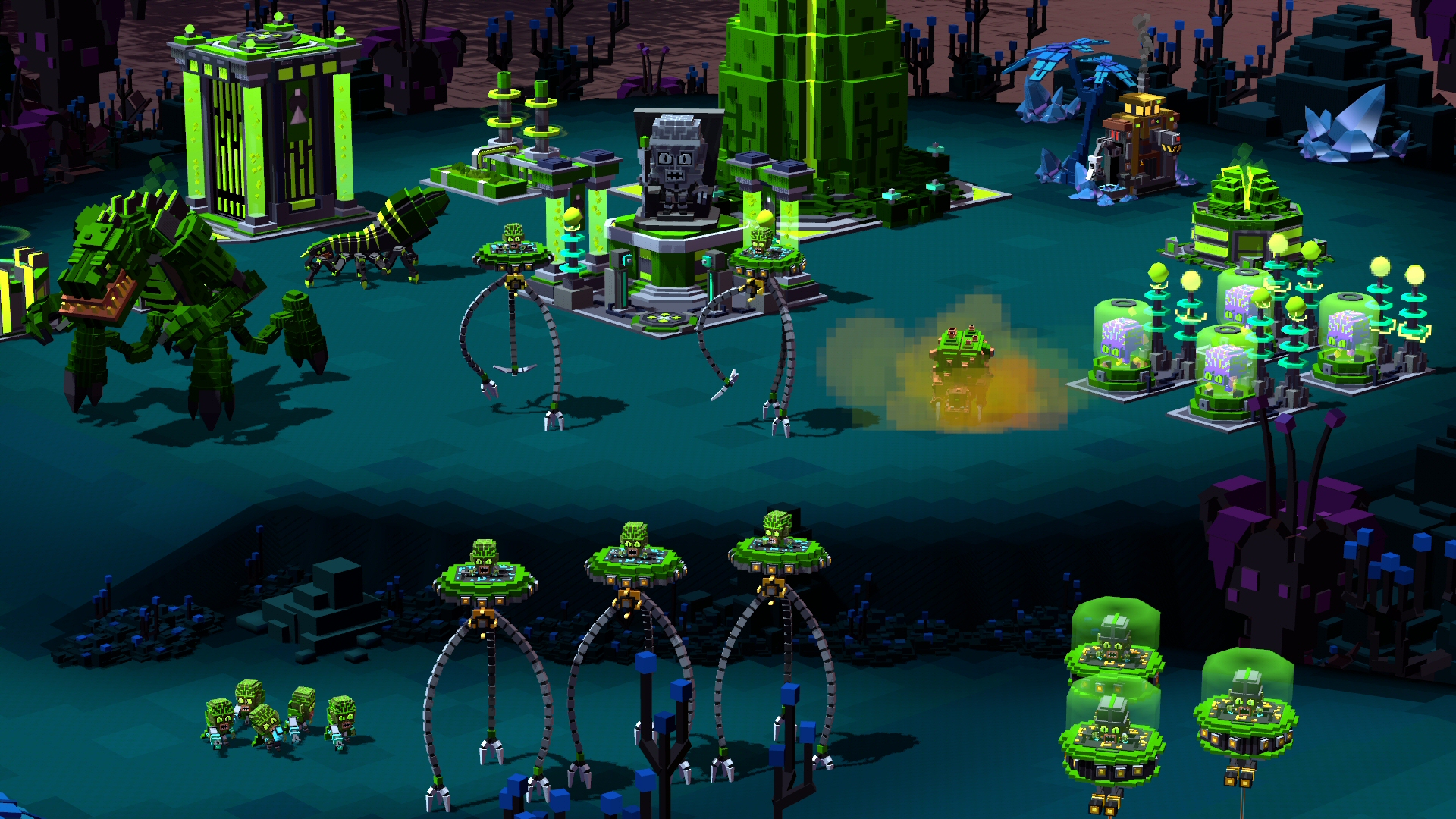 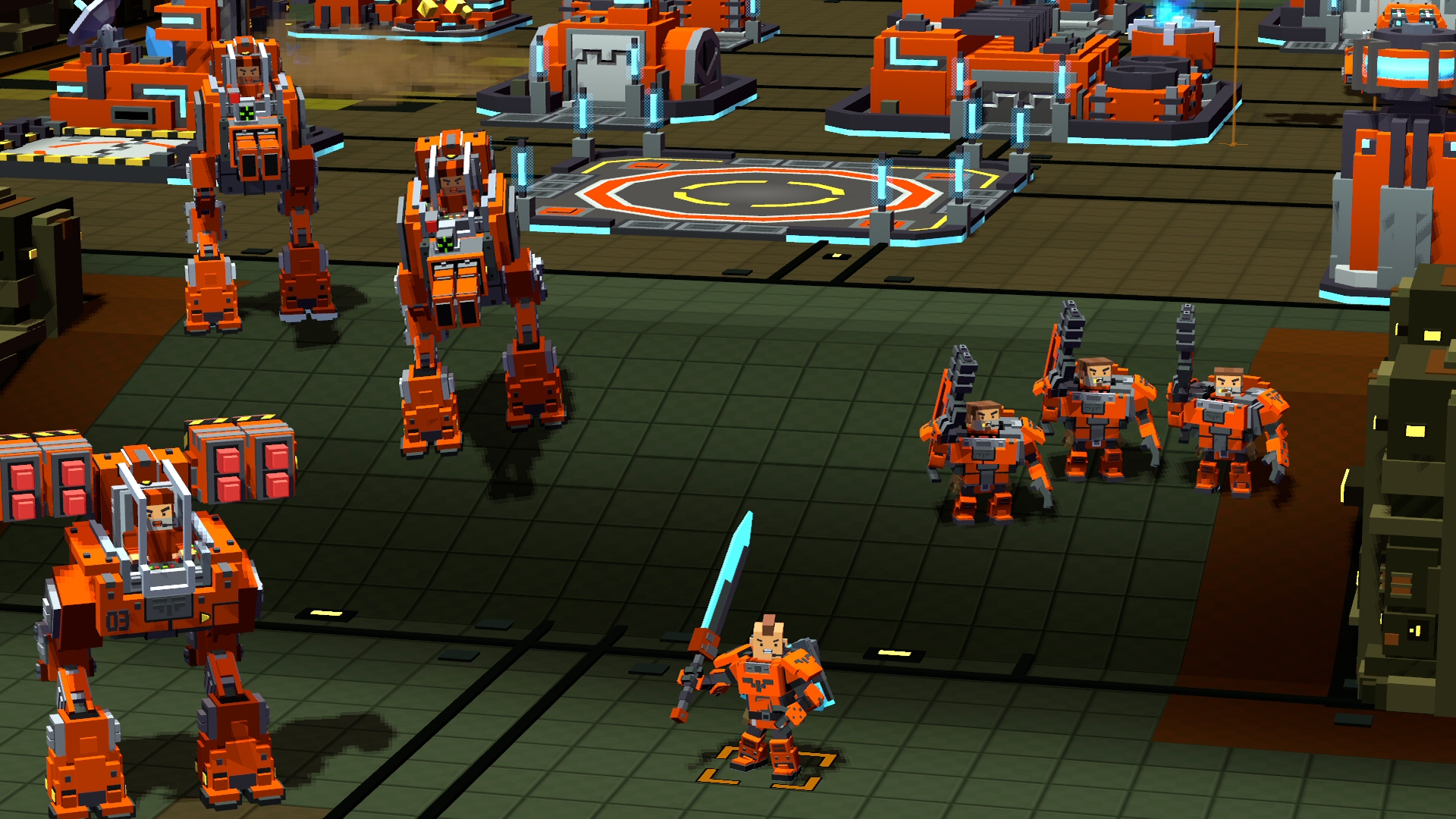 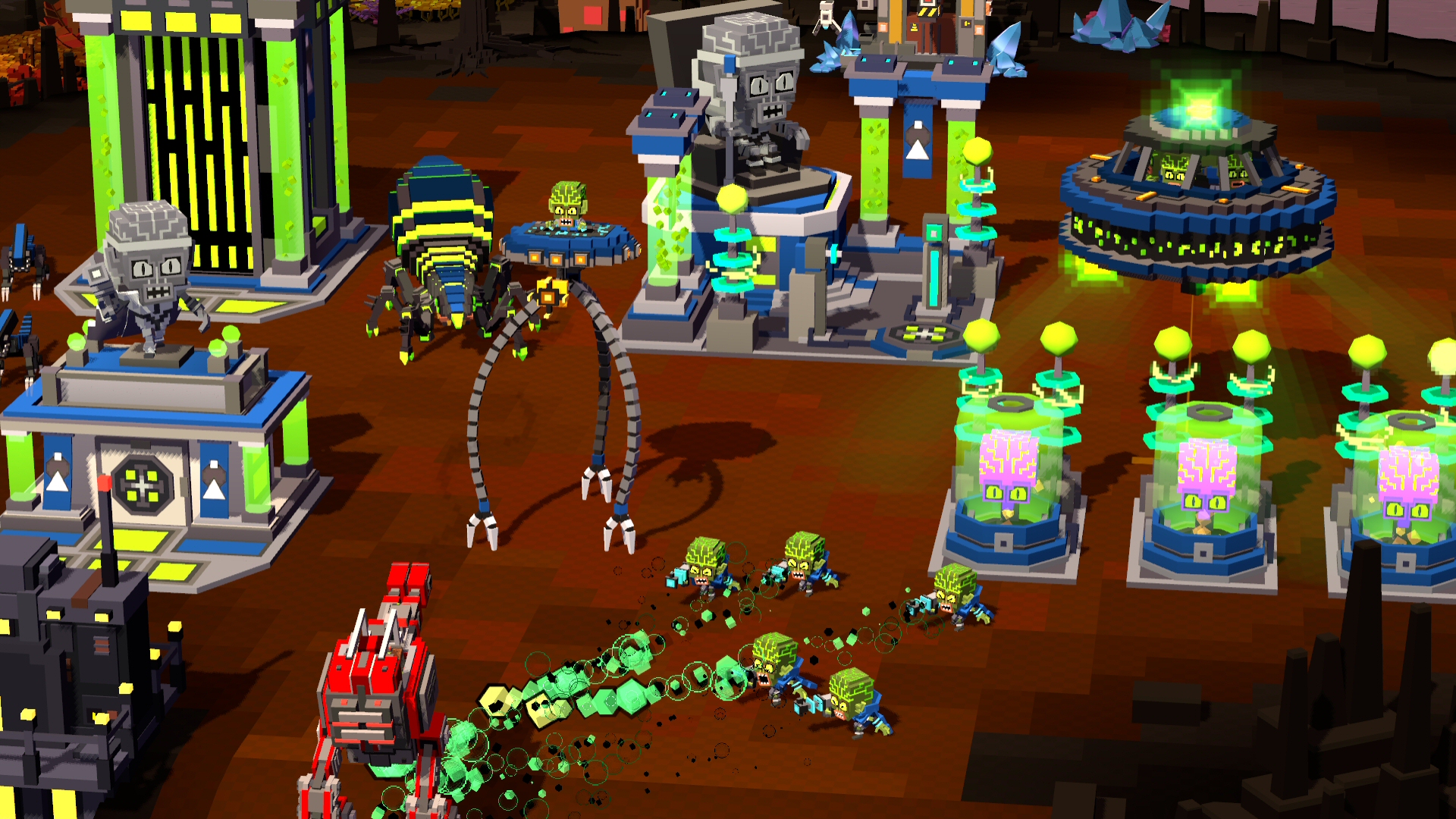 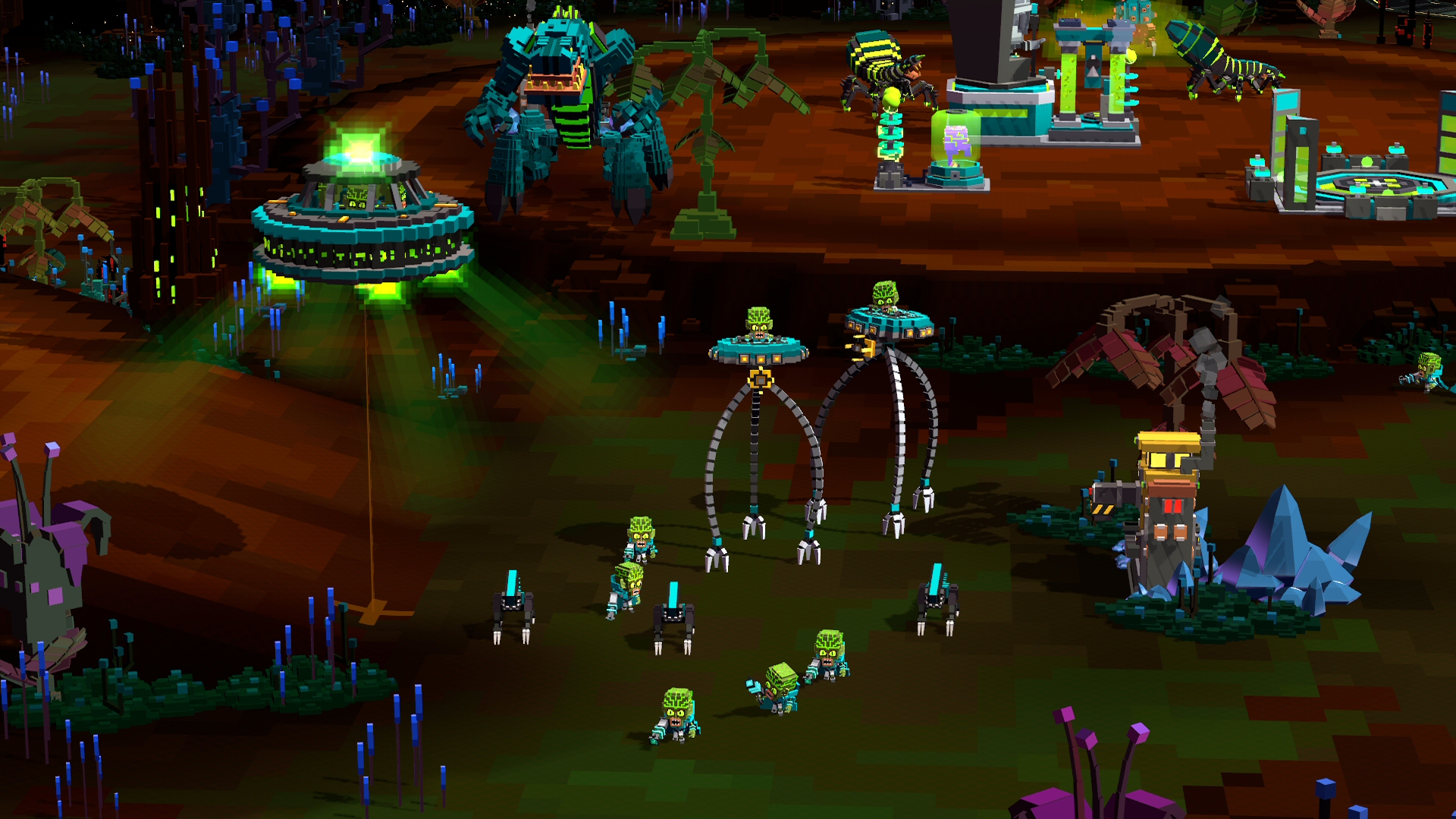 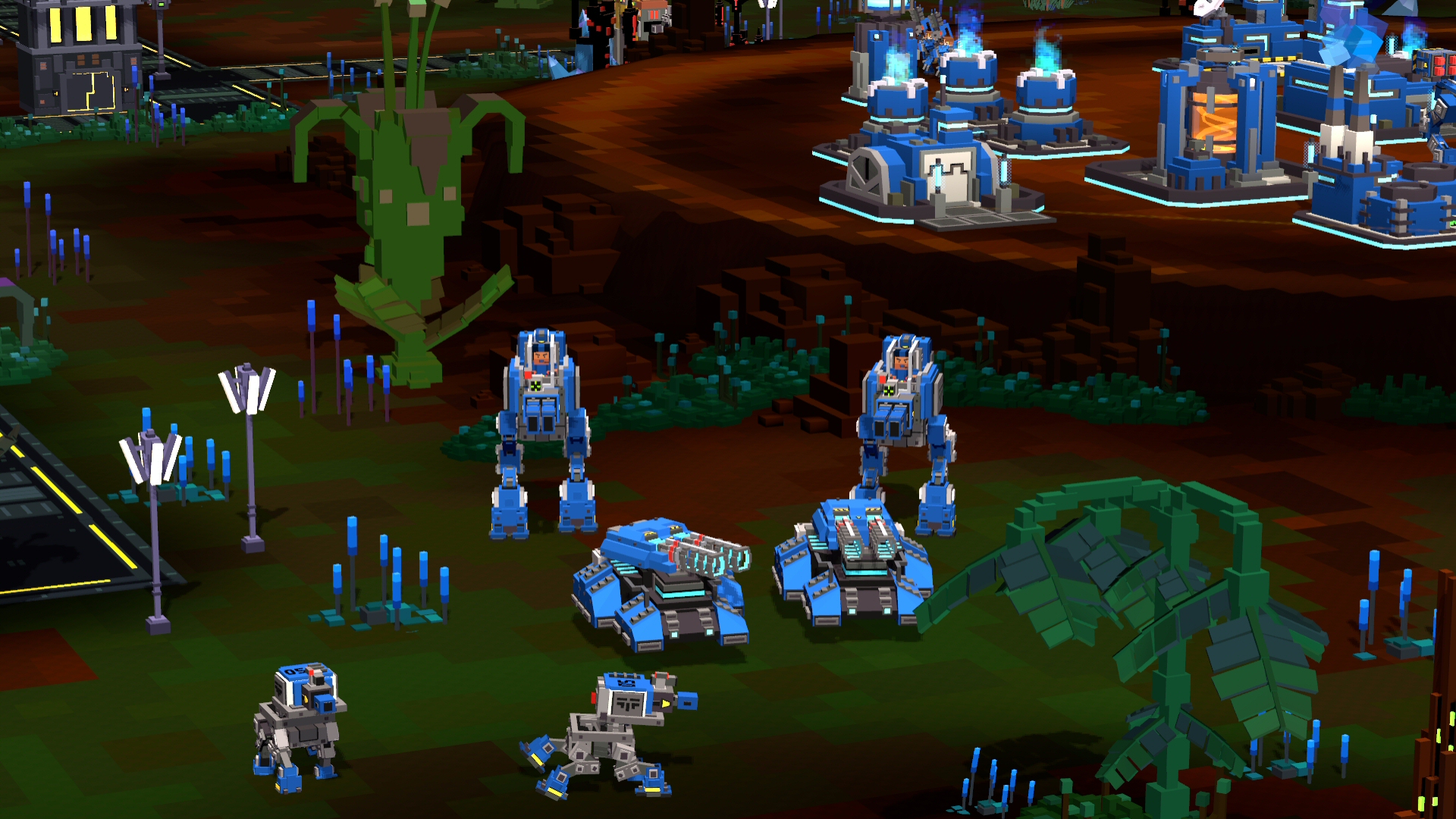 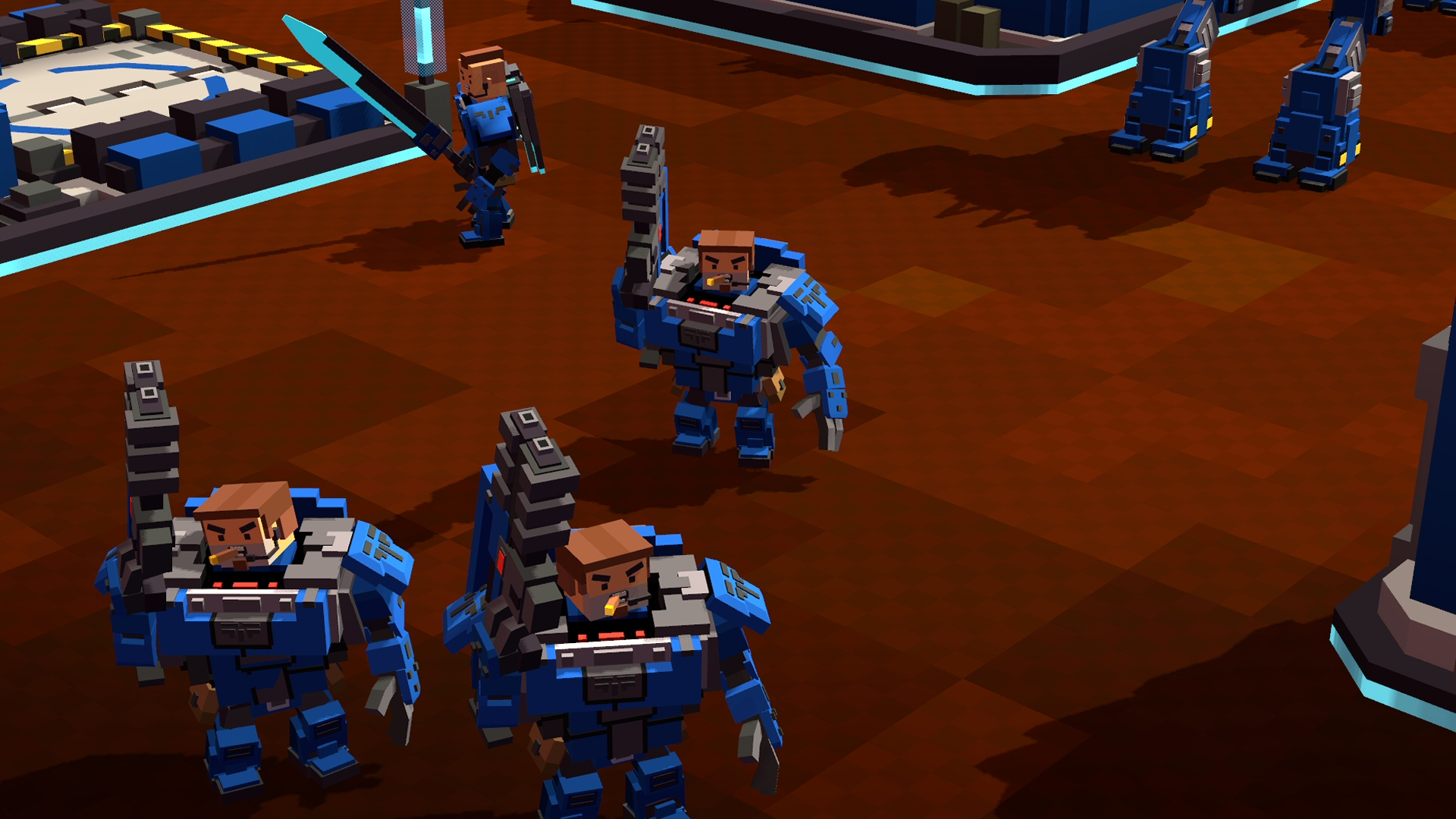 How much will 8-Bit Invaders cost?

8-Bit Invaders will launch at $19.95 in December as a standalone game with a substantial discount that will carry through any sale events in December. A bundle discount will also be available for additional savings.

The modern military factions can already play against the fantasy factions. Does that mean that 8-Bit Invaders will also join the fight?

ABSOLUTELY! As the Eternal Commander is once again summoned into battle, 8-Bit Invaders allows for the same crossover functionality that allowed players to play against Armies/Hordes in multiplayer.

What if I own all three games? Can I pick any faction for multiplayer, skirmish, and quickmatch?

Most definitely! As with Armies/Hordes, owners of all three games will be allowed to pick from any of the factions, as well as host on any of the Official Maps from all products.

What if I only own one of the games?

If you only own one of the games, you can still see and join any multiplayer or quickmatch game using the factions you have access to. This means that an Invaders player can join a game hosted by a Hordes player, and vice versa. Essentially, you won't have the ability to choose the factions or the maps from the game you don't own.

Does this mean that support for 8-Bit Armies/Hordes going away?

NOPE! As all three titles are interoperable, any updates made to Invaders will transfer over to both Armies and Hordes. For example, if we add a free map, or release another new multiplayer mode, ALL three games will receive the update.

What can we expect from the 'Conquer the Metaverse Metagame' mentioned in the announcement?

As we move closer to release, we will provide you guys with more details on this exciting new feature!! (Honestly it's something that we are all REALLY excited about and can't wait to follow up with more details and screenshots!)

When does 8-bit Invaders come out?

8-Bit Invaders! is being developed by Petroglyph, the award-winning developer of RTS titles such as Star Wars: Empire at War, Universe at War, Grey Goo, and more! For more information about Petroglyph, visit the official Petroglyph website!